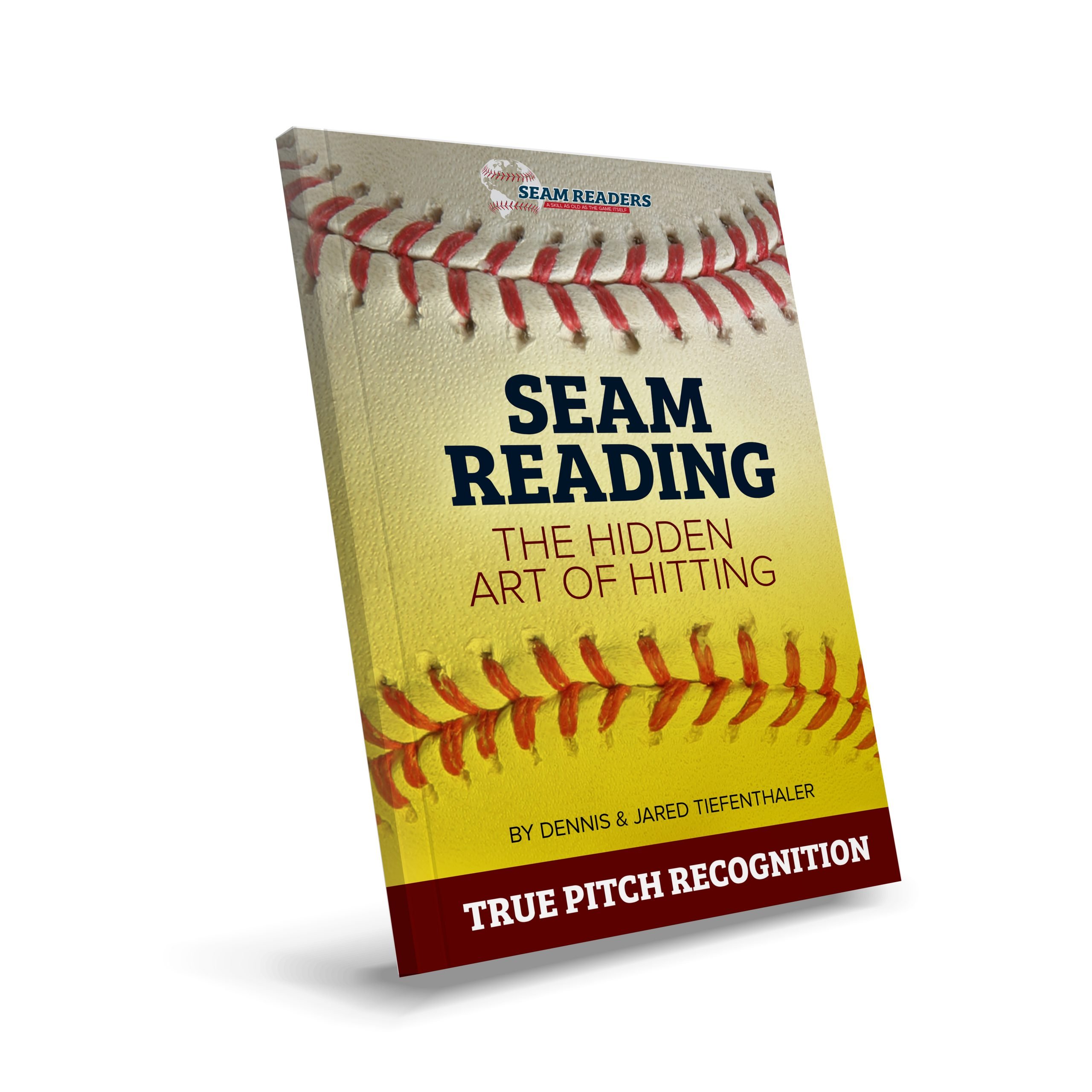 LEARN THE STORY BEHIND THE SEAM READING MOVEMENT

Learn the history behind how reading the seams of the ball became a teaching tool and how the owners of Seam Readers have used this skill throughout their playing and coaching careers.  This book will open your eyes to how seam reading works and gives clear descriptions and color photographs of each pitch type. This book is not only an interesting read, it’s also a tool that you can use to help your player learn the faces of the ball.

My name is Dennis Tiefenthaler. I am an ex-professional baseball player for the Baltimore Oriole and California Angels organizations back in the 1980’s. I have played with and mentored by people such as Billy Hatcher, Kirby Puckett, Dwight Gooden, Bill Ripken, Grady Little, John Hart, Cal Ripken Sr., and Joe Maddon, just to name a few.

My son Jared and I have written a book we believe is going to create a buzz and some controversy within all of the baseball community. Why? Because we believe we are saying things about hitting a baseball at the highest level of the game that never have been written before. For the first time in baseball history, we believe that we are naming “the hidden art of hitting” to the masses. A skill and technique as old as the game itself, but never really named before until now.

Our title is “SEAM READING:THE HIDDEN ART OF HITTING. Seam reading is the ability to recognize what the ball looks like at release of the pitch. Each pitch has a different face i.e., a signature look.

We go into complete detail of how this skill was uncovered and have spoken to some of the greatest hitters of all time, past and present to see if they were able to seam read the different faces of each pitch.

Our market could quite possibly be everyone who ever stepped into the batter’s box to hit a baseball or fastpitch softball.Too unrealistic? How about the millions of kids and parents who do not even know this skill exits. Maybe even those who have played catch and just took for granted what those red seams were telling them on the way to their gloves. We believe there may be a segment of people that are going to be upset that no one ever taught them this skill. Some, who could have been better hitters and maybe could have reached their dream had they been made aware. There are also going to be those who read this and feel validated for their instruction of this, just as there will be those who believe that this isn’t even possible to do. For those people the book will reveal the TRUTHS, “that a four seam fastball looks the same today as it did over a hundred years ago.” That the only constant of hitting a baseball or softball is what those seams look like after being released by the pitcher.

We have also dedicated a significant portion of the book to the most common pitches being thrown today. We give a description of each pitch and what signature movements that each one is supposed to make. We believe there are never before seen still images of each pitch to go with these descriptions.So everyone can see for themselves that different pitches look different.

Baseball for the last ten to fifteen years or so is all about statistics and analytics. Statistics has always been part of the allure of our great pastime. Analytics and Sabermetrics govern more decisions made by owners and general managers now more than ever before. We ask the questions putting Seamreading in the Sabermetric model. Does it matter if your favorite player reads seams or guesses what pitch is coming at them next? As an organization do you want to know who reads and who doesn’t? Could the “hidden art of hitting” itself be the newest stat to be analyzed? We believe it is that important for sure. It is hard to believe that Major League Baseball teams and scouts for those teams don’t already know who does and doesn’t Seam read. We certainly know the general public at large has no idea this exists. Do you?

Our mission is to not only name this skill, but to introduce it to the baseball and softball youth of the world. Also to give them the hitting advantage that some of the greatest of all time had the privilege of knowing.

Get updated when our app launches and be the first to learn all the pitches!