Do All Stats Matter? 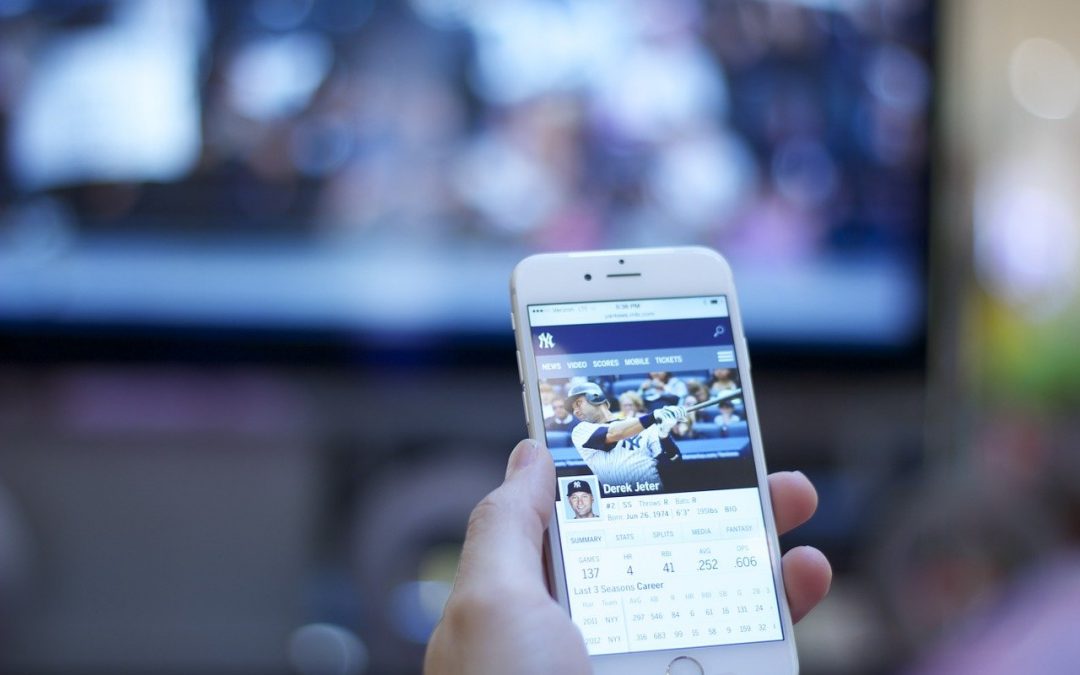 “Knowing “Shoeless” Joe Jackson may be the first of your hitting lineage is a very special thing. We’ve always wondered… now we know.  Does it matter? ABSOLUTELY!”

Welcome to Seam Readers 19th blog of all time. Thank you to all of you who reached out to us regarding our last writing on “TIMING,” and learning that “timing without intent is just educated luck.”  How everything you do, or do not do,  affects timing and the PERCENTAGES for being successful. So thank you again for allowing us a platform to share a hitting perspective that not everyone agrees with.

This week we are discussing a topic that everyone can agree on, but obviously not all embrace. It is called Sabermetrics. Socrates said, “The beginning of wisdom is to define the terms.”Sabermetrics is the statistical analysis of baseball data. Prior to 1977 , before Bill James (considered the father of the Sabermetric revolution) began asking and answering questions about the data, the analytics of the day was limited to the box score. For us in small town America, it was when my father and coach  Ken Tiefenthaler asked Gibb Despiegler(RIP) our bookkeeper, “What did this guy do the last time up to the plate?”It has been said that you should always play the percentages for the best chance at winning. Those that go against the odds are playing and coaching outside of the box. Today, because of this data, we have an unprecedented understanding of things we thought might be going on, out on the field, to now, having the actual numbers to back most all of it up.

Seam Readers believe that all questions asked and analyzed should have to pass the “how and why does it matter test.”  Everything today is measured and analyzed from how far someone runs for a pop-fly in the outfield,  to how hard an infielder is throwing a routine ground ball across the diamond. There are cameras virtually everywhere in and on the field capturing this information.  This, now for the last 10 years or so,  is nothing new.  Most of the data collected in the beginning of this revolution was from the defensive side of the ball.  Tracking not just a pitcher’s wins,  losses and strikeouts, to now how many two and four-seam fastballs, sliders, splitters, cutters, and curveballs they throw over the course of a game, and in what pitch counts they get in. As well as tracking the MPH and Spin Rate of every one of those pitches every inning,  every game of every season, and  through every career.  Hitters now are getting scrutinized and analyzed like never before as well.  It is not just batting average, home runs, RBI’s and hits anymore that measure a hitter’s worth.  You now have to add chase rate, whiff rate, barrel rate, hard hit rate along with slugging percentage just to name a few.    Sabermetrics has added so many statistical categories that surely everything that can be asked and ascertained whether it matters or not, is being asked, or is it?

Andy Pratt, current MLB scout with the New York Mets and former MLB pitcher with the Braves says,  “Most of the information given to hitters is more about their pitch sequence and usage of a certain pitch,  and in what counts they may see that pitch. One of our grades is plate discipline,  and I am often making notes in my reports if the hitter is able to pick up seam rotation,  or not. So is there an analytic specifically for the ability to read or guess? In my opinion there is not.”

Bill Geivett, who has had almost every job in baseball from a player with the Angels,  to scouting with the Yankees in the 90’s,  to a big-league executive with the Rays, the Dodgers,  the Rockies. He is the best-selling author of the book,  “Do You Want To Work in Baseball?” to being the CEO of IMAPLAYER echoes Pratt’s assessment,  “Pitch recognition and reading seams,  or pitches is the one area of the game where there has been little development since the 80’s.”

We said at the end of our last blog that MLB might be missing some data and they might not even know about it. We did say,  we did not believe it but it was always possible. Let us look at a few examples to see if this is true. In our book Seam Reading; The Hidden Art of Hitting,  we shared that Los Angeles Angels Manager Joe Maddon,  told me that I was always going to be a better hitter reading seam rotations on the pitch,  as opposed to guessing what pitch or tendencies of the pitcher.  Where is the data on that?  We think because of years of instruction this statement is true. We also feel that in order to be believed industry-wide,  this needs to be analyzed and the data measured.  Shouldn’t this be done?  What do you think?

Brian Kenny, MLB Central host and author of the award winning book “Ahead of the Curve,”  and considered one of the most respected baseball historians in the country today asked, “How does a guy losing velocity still get guys out?”  Whether Brian arrived at an answer, or not,  we believe at Seam Readers that you need to put into the equation the question of how many seam readers or guess hitters was that pitcher facing after losing velocity to maybe give you the best possible answer.  It could be the only one that makes sense.

Another case in point,  Tom Tango (not his true name) is Sr. Architect at MLB,

and author of  “Playing the Percentages in Baseball,” asked in 2006,  “Why were hitters  performing better each time through the line-up?”  The answer was thought to be possible fatigue or the batters were “starting to figure the pitcher out.”  Even though no answer was fully credited to the question, the data today is considered common knowledge throughout the game. Decisions are being made to not let pitchers face batters a third time through the line-up. We at Seam Readers believe that those who really did do better,  versus those who did not need to be questioned to see  if they were seam reading, or guess-hitting to see if there is any data supporting one hitting philosophy over the other.  Again,  it might be the only answer that makes any sense.

CEO of Seam Readers Worldwide,  Jared Tiefenthaler thinks there should be separate stats for each philosophy.  “Why not?” he says. “Looking back on the generations of hitters, you have those who will argue each position passionately.”  Jared says that my dad,  and myself,  also believe this could be the missing link in determining why someone has a lifetime batting average of .250,  versus someone who is above .300. “Since ALL STATS MATTER  to  someone, or some group,  how are we going to know,  unless we measure it?”  asks Jared.  His  “ask” may have some validity.  In the book “Batting,” written in 1925  by F.C. Lane.  Mr. Lane interviews more than 300 of the greatest hitters of that or any era.  In the chapter titled “Outguessing the Pitcher,” Willie Keeler, considered one of the great single’s hitters of all time, was identified with saying,  “Successful hitting with successful guessing means you are out guessing the pitcher.  When you are not hitting he is out guessing you.”

Ty Cobb, considered by many the greatest to ever lace em up said,  “Sometimes guessing becomes a species of knowledge.  Much has been written about outguessing the pitcher.  This is a practice I would not recommend,  but the batter cannot observe pitching for many years as I have done and not know what some of these boys are going to do under certain circumstances.” Maybe Mr. Cobb was the world’s first educated guess hitter. “Shoeless” Joe Jackson, considered by Babe Ruth the greatest hitter he ever saw, said,  “The best part of hitting is in the eye.“Watch the ball like a cat until the ball leaves the pitcher’s fingers. Then watch the ball.  Never take your eye off of that ball. You haven’t much time to make up your mind what to do,   but in that half-second,  while the ball is on it’s way, you have time, if you are quick and can read the signs,  to tell you a great deal that you want to know. Pitchers try and conceal everything, but cannot from a sharp eye. You can always tell something from the ball as it comes to meet you. This is particularly true of a new ball. You can tell a curve ball quite often,  by seeing the ball rotate in the air.  ”Shoeless” Joe, the world’s first Seam Reader?  Looks like it. I knew there was another reason I liked Field of Dreams.

As we come to the conclusion of this writing, maybe you are wondering about some of your favorite players. Josh Jung (current Texas Ranger) said that his father has taught him how to read seams since he was a little kid.  Bill Mazerowski said on the 1950’s television show,  What’s My Line?  “I certainly guessed right on that one.”  We know that Ted Williams could read the dot. Can you? We know Pete Rose said, “You have to know what the seams look like,  so you can hit.”  You know what Joe Maddon told me.  The great Willie Mays says in a video in 1985 that “some people say they can see the seams of the ball when it’s coming at you.”There is a video on MLB Central where Hall of Famer Derek Jeter said that he wasn’t good at “guess-hitting,”  so he looked for a fastball everytime. Ryan (Spilley) Spilborghs said “he learned how to read pitches on his own.” Mark Derosa also said that he was an “educated guess hitter.” Finally,  there is  Billy Chapel telling Davis Birch that he had him “mixed-up and that he was guessing now.” Obviously,  there are more examples. So today,  I guess  the debate goes on. Would it matter if the best of the best at barrel rate, hard hit rate, hits and batting average were “Seam Readers,”  and the worst at chase rate, whiff rate, and lowest batting average were “Guess-hitters?”  You know it would. What if the best at OPS, WAR, and WOBA had the same result? Might be considered a game-changer.

There have been over a hundred-twenty five-years of players who have lived and died,  before anyone started measuring their philosophy to see which was the best of the best. Does it matter? ABSOLUTELY. Maybe it’s TIME.

Have a fantastic week! All glory to God