When to Hit Oppo 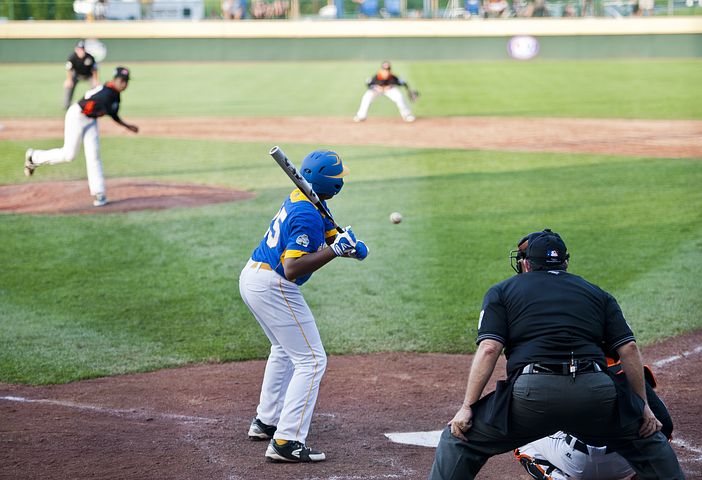 Welcome to Seam Readers seventeenth blog of all time. Another chance for us to impart some wisdom on a topic associated with hitting. A topic that will most likely have a half dozen or so called explanations on the best way to get the job done. Another chance to have our methods and our baseball heritage scrutinized , challenged, and debated. We knew when we ventured into the mechanics of the swing that we were going to be opening ourselves up to some criticism. We were not expecting to have our baseball lineage, one that is proud and knowledgeable, to be denigrated and slandered by those who could be role models for kids and should know better. Such is the life for those who step out and present a view, and a professional view at that. We at Seam Readers wouldn’t have it any other way, so thank you so much for those of you who “see the vision.”

Last week you learned from the best of our ability of what is the best way to  hit the inside pitched fastball. You learned a few common absolutes when attempting this. Those being that you need to be fearless and courageous. You have to be able to read and recognize rotation and location of the pitch sooner and quicker, and that you need to also make contact with this pitch out in front of the plate to be able to maximize your power. This week we are going in the opposite direction and we are going to give you our philosophy on hitting the outside pitch,  or as millions have said, “going the other way.”

Back when I, your author was learning this craft, we as a group, and maybe even a generation of us hitters were being taught a philosophy where you were looking for pitches that you could hit with the most power. Staying with this approach, while the pitch counts were in our favor. The highest percentage being pitches that were on the inside half of the plate. In essence, pitches that you could “turn on” as they say. This was considered the general rule rather than the exception. Obviously, we had to learn how to hit the outside pitch the other way, but only on a few occasions. First, in a hit and run situation, preferably with  the ball being hit on the ground and behind the runner. Next, to move the runner from second base to third base with less than two outs. Last, if the batter ended up with two strikes and had to protect the plate by knowing how to hit any pitch thrown at that point. Today this approach could get you laughed at, ridiculed, and told you could be hurting the development of kids. Some hitting coaches and sportscasters will applaud a hitter who hits an inside pitch at his knees, the other way over the second baseman for a bloop single when, if he could have recognized the pitch  sooner, he could have hit it over the scoreboard in left field. Today, the last generation’s exception is now the rule. Sometimes it’s pretty hard to believe. Why is that?  We will answer that another day. Let’s get into the mechanics and mind set of hitting the outside pitch the other way.

Seam Readers believe the mind and eyes are going to lead the ability to hit the outside pitch. We also believe we should hit all outside pitches to the opposite field. What pitches are the best type to go the other way with? Assuming right-handed pitchers are pitching to right-handed hitters, and lefty’s are pitching to left-handed hitters. We believe all curveballs and sliders that start in the middle of the plate should all try and be hit to the opposite field. Why? Because they are moving towards the outside of the plate to begin with, which means all you have to do is wait that extra tiny bit of time and as they say to “just go with pitch.”  It is when you do not wait, and get fooled that you swing before you should, and roll your wrists over before contact, and hit a weak ground-ball to the shortstop or third baseman. With that as our guide, we can move to the mechanics of the swing now. The hitter’s front shoulder needs to stay in longer, and contact now has to be made deeper in the hitting-zone. This is where the phrase “let it travel,” we are sure, gets its name.

In conclusion, we can hear you already. That’s it? That’s all there is to it? That cannot be. Seam Readers believe that the swing you have, does not change when hitting an outside pitch. It is the contact point with that pitch that changes. Seam Readers also believe that by recognizing the pitch, it gives the hitter the advantage of knowing location sooner. Yes hitting “Oppo” is in, but should only be in when the ball is out. Have a great week.

At home drill: The drill for this week is all about “letting the ball travel” and hitting it the other way. To do this the contact point has to be deeper in the zone. So to practice this with a tee the tee will have to be placed on the outside part of the plate and farther back in the zone. For soft toss the the ball should be tossed at the hitters back knee and the tosser should be on the side of the hitter so they do not get hit.