Hitting an Inside Pitch 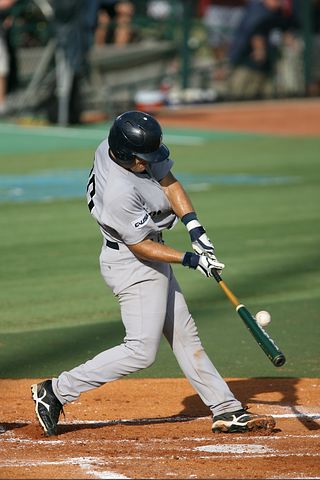 “If you want to hit a ninety-five mile per hour fastball inside on the black,  it starts with courage and faith.”

Ladies and gentleman, welcome to Seam Reader’s sixteenth blog of all time. Sixteen straight incredible weeks of Seam Reader methods being handed down and shared with people from every corner of the world. We are now seen in close to sixty countries and by as many as a half a million people. With everything going on in the world today, and with as many options as people have to capture their attention, we just continue to be amazed by your interest and support. Without you, Seam Readers does not exist. We hope God will bless every one of you. All Glory to him!

Last week we did our best to explain the Kinetic Chain and how and if it relates to the baseball and softball swing. We know that when we express a view about a topic related to “Hitting” we are always going to get some push back. Why is that? Here is one view: There is not a Hitting Encyclopedia online or in any library across the world that can definitively say, “This is the best way of hitting the round ball with the round bat, or where to stand in the batters box, or how to even grip the bat.”  There can even be disagreement about a video wherein people see two different swing paths within the same swing.  In fact, there isn’t much of anything about hitting that is written in stone. Sure, there are some common sense absolutes, but the mere fact that there are so many ways to get the job done, is what makes these two sports so popular. Everyone believes their way is best.

This week the topic of how to hit a ninety-five mile per hour fastball inside on the black was asked by a gentleman from the country of India. I related to him this quick story. Back in college, I was having a tough time reacting to the exact same pitch. We were always taught to look for a middle-in fastball and to adjust to everything else. For some reason at this particular point of time,  I was feeling that I couldn’t get my barrel of the bat to the baseball on “time.” A feeling of hesitancy that caused indecision, which caused an inaction on my part to swing the bat. Has this ever happened to any of you?  It happened to me.  I needed to get fixed quickly, or I could have never gotten out of college baseball. Fortunately, my coach Clint Myers had a drill to fix my problem, but said,  “You need to fix your head on your own.” We will show you this drill in our video of the week.  Here is what I learned to fix the problem. Number one, I needed to be fearless and have the courage to stand in there,  and the faith to know that I would be okay.  Number two,  I had to get quicker at recognizing the “rotation and location” to have a chance. Number three,  I needed to “intentionally” want to hit this pitch. Remember,  you will not hit this pitch if you are looking for a breaking-ball away. Remember fastball first.  Number four, contact with this pitch needs to be made out in front of the plate, maybe as far as a half a foot.  These 4 things as far as we are concerned are “absolutes” for hitting the inside fastball.

In conclusion, Seam Readers believe that in order to hit the inside pitch,  you are going to have to be “fearless” and “want” to hit that pitch. This is when courage and faith appear. It needs to be intentional, deliberate, and the most important part of your approach. After years and years of being told to “let the ball travel, and hit it the other way,” it is no wonder we have a generation of kids struggling with the ball inside. Have a great week!